Texas Longhorns are My Friends!

And Texas Longhorns are my neighbors too! 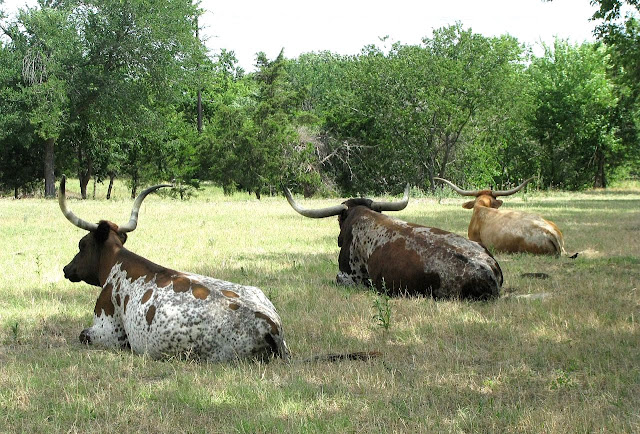 Mom met these new friends on a bike ride near our house.  They sure have Long Horns! 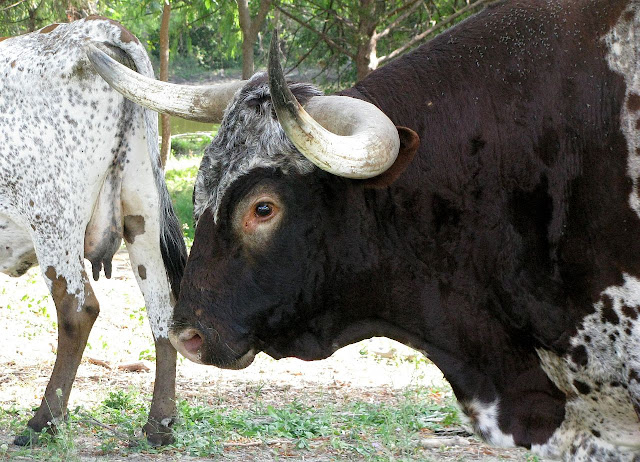 One of them was super friendly and came up to the fence to greet mom.  He said he heard about me from some of my other neighborhood friends, and these Longhorns all want to be my friends too!
Of course mom was sure to stay a little distance away from those sharp Horns when they were conversing! 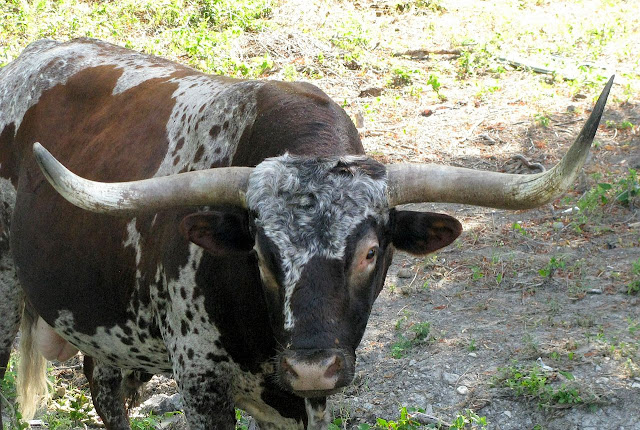 I bet I would look real cute riding on top of this big guy.  Mom says since I am so small, I would have to be careful of the Horns too.
Nice to meet you, new neighborhood Longhorn friends!
Before you go, please sign my GUESTBOOK here, and stop by JB's SMALL WORLD too, thanks!
Posted by JB's Big and Small Worlds at 12:14 PM 7 comments: Links to this post

Who Owns Our Yard?

Mom still has not traveled for any Big World Assignments, so we get to have her all to ourselves.  We do like that, but I really need some new animal friends too. 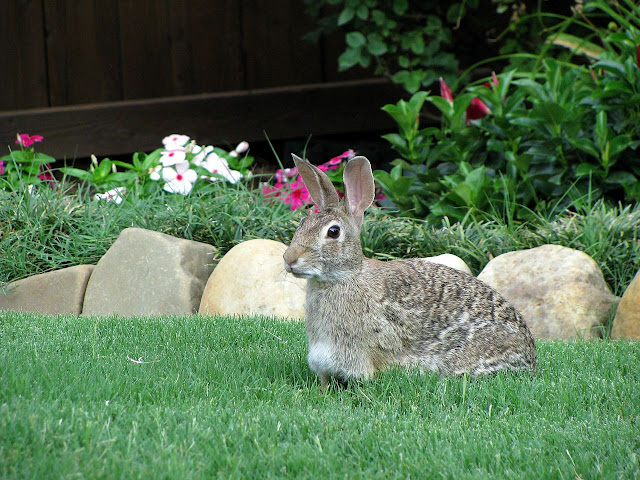 This is Mister the Bunny.  He lives in our yard, and is here every day. He is of the Eastern Cottontail variety of Bunny. 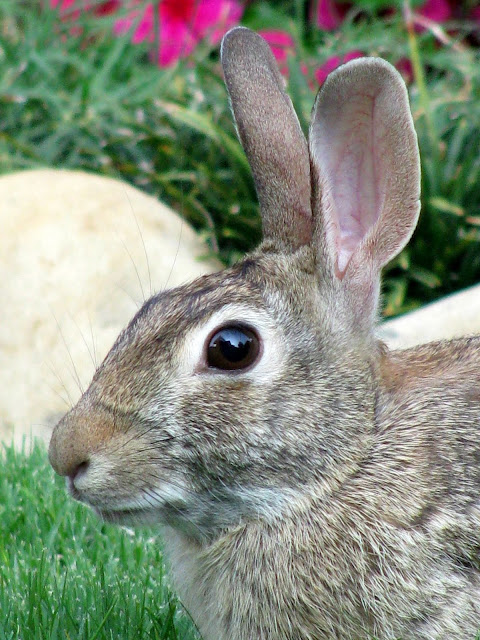 Mister the Bunny has no fear and he lets mom walk up to him within about a yard or two of him.  He thinks he owns our yard.  Mom tells him he does not. 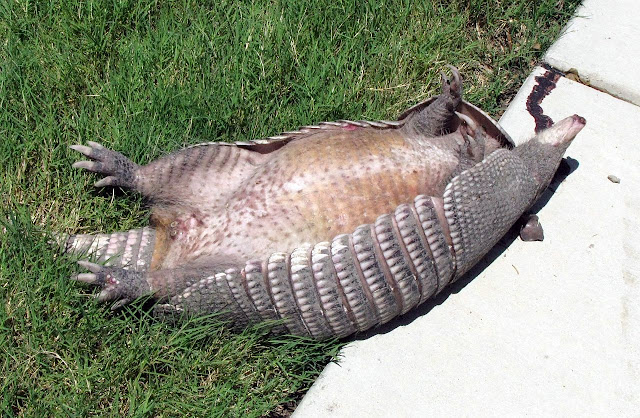 This is  Dilly the 'Dillo.  As Nine-Banded Armadillos do, he must have gotten himself surprised and jumped straight up in the air, and then had a a fatal accident.  He had to depart to the Rainbow Bridge.  Poor Dilly.
He thought he owned our yard too, and our flower beds, and our plants, and his den under our house etc.
Mom told him he did not.

Mom wants it noted, that she did not help Dilly to the Rainbow Bridge, but that she was not sad to see him go.
RIP Dilly.

Before you go, please sign my GUESTBOOK here, and stop by JB's SMALL WORLD too, thanks!
Posted by JB's Big and Small Worlds at 1:22 PM 10 comments: Links to this post

Mom is still on hiatus from traveling as a Big World Reporter, but she still takes her Big World credentials and camera with her everywhere she goes. 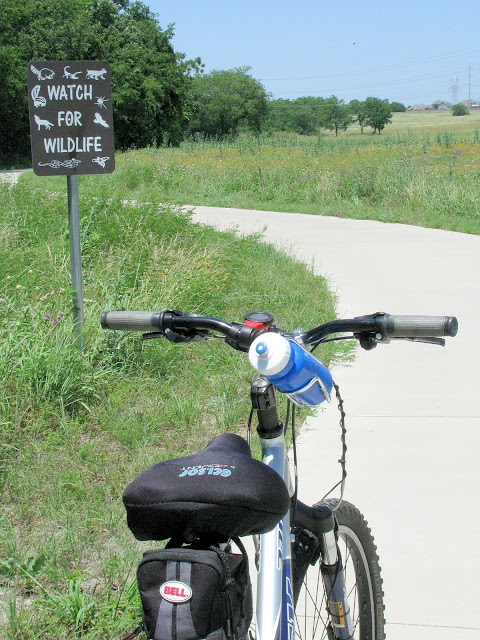 Mom has taken to biking on local North Texas Big World Assignment, and as you can see she is always Watching for Wildlife, and trying to find me new animal friends!
Here are some of my most recent new friends! 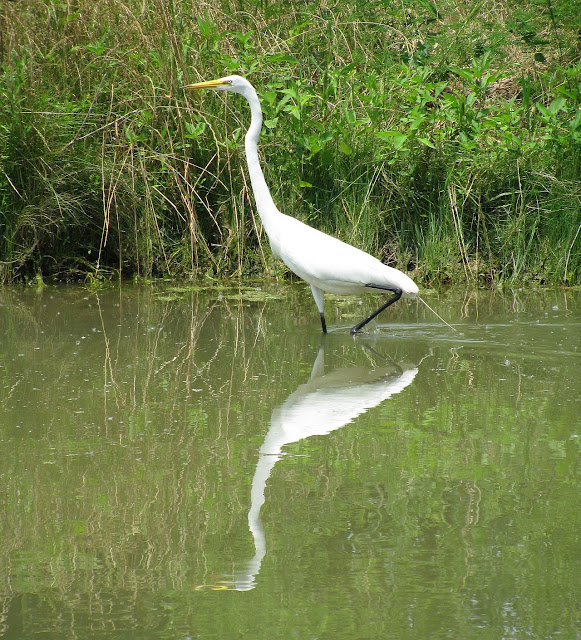 Mom called out to this Great White Egret who was fishing in a small lake.  They like to feed on fish, frogs, insects, snakes, and crayfish.
The Egret said he was waiting for mom and yes, he would gladly be my friend! 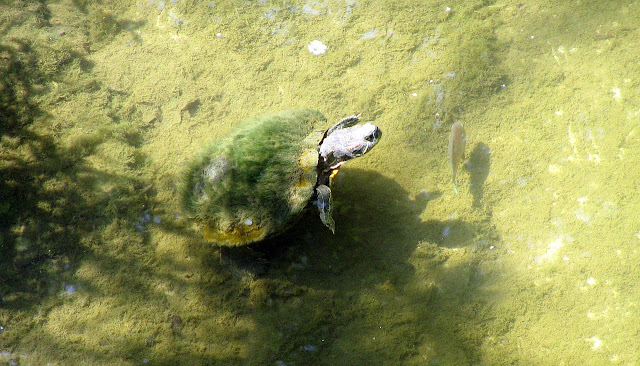 Next up, mom biked next to a small stream.  She found a Red-Eared Slider Turtle.  This one did not look like my other Turtle friends.  This one was growing green fur! 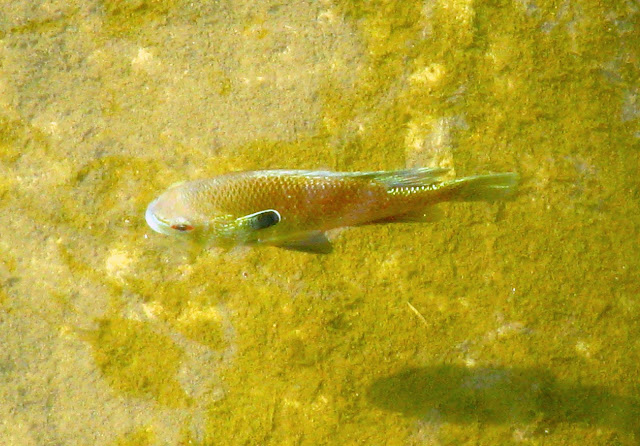 Nearby the Turtle was a whole School of Fish.  I am not sure what kind of Fish these were, but they said they would be my friends once they were out on recess. 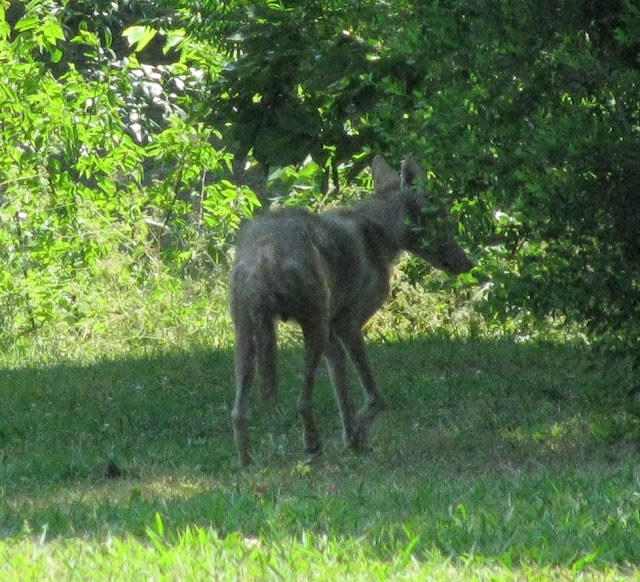 Then mom saw something she had never seen up this close before.......it was a Coyote!  His name was Wylie, and he told my mom he would be my friend for as long as he could.
I asked mom, what did that mean?
Mom said she saw him hobbling away, and there were a lot of scavenger type birds squawking overhead.  My friend, the Coyote, was injured!
He said he was glad to have befriended me, the famous Texas Cat, JB.  And with that he limped away through the bushes.....and was gone.
Before you go, please sign my GUESTBOOK here, and stop by JB's SMALL WORLD too, thanks!
Posted by JB's Big and Small Worlds at 11:34 AM 5 comments: Links to this post