My mom's Big World Report from Switzerland continues, and we apologize for taking so long since the last post.
(I am having secretarial issues again....) 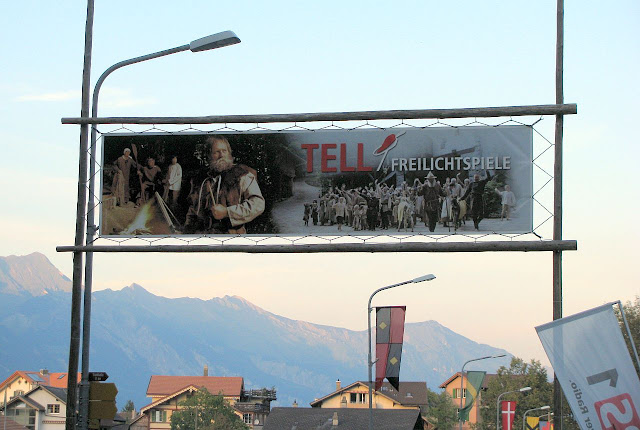 Mom decided to go check up on some new animal friends of mine, who are actors!  Wow, I have never met any animal friends who are stars of their very own play!  Mom went to Interlaken, to a clearing in the forest to see the TELL Freilichtspiele, which is a play that tells the story of William Tell.  This play has been presented every year since the year 1912, so almost 100 years in this same forest clearing! 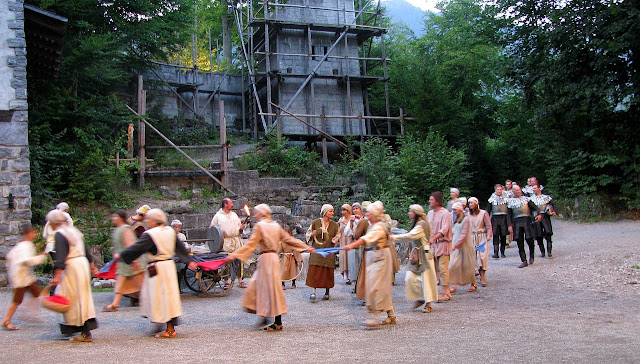 There were human actors in the play too, and it told the story of William Tell, a drama by Friedrich Schiller, written in 1804. 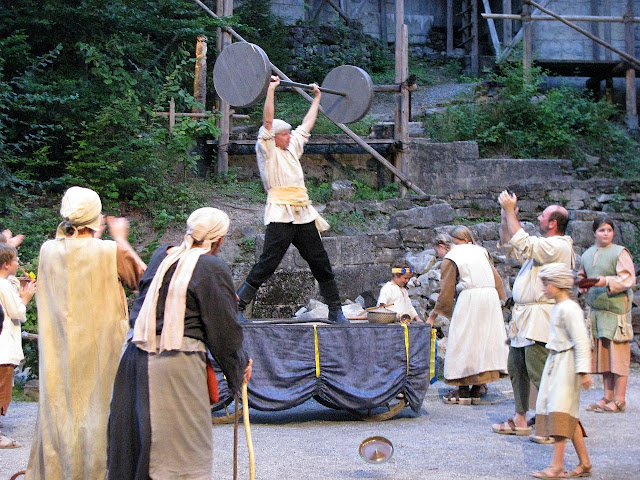 The story had some funny parts in it, like this.  Humans can be very strange creatures. 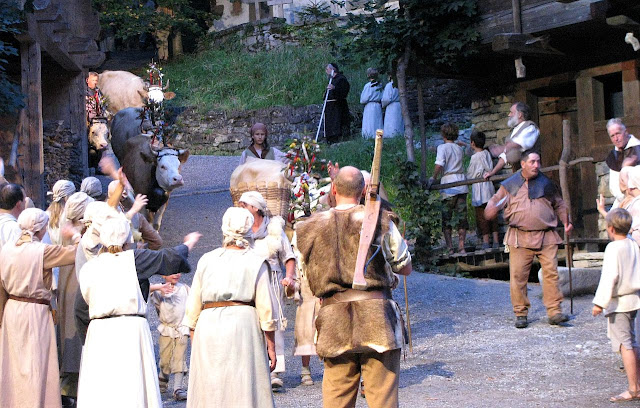 The storyline is about the famous Swiss marksman, William Tell, and also the Swiss struggle for independence from the Habsburg Empire in the early 14th Century.
I know what you are thinking....I sound like a very smart JellyBean! 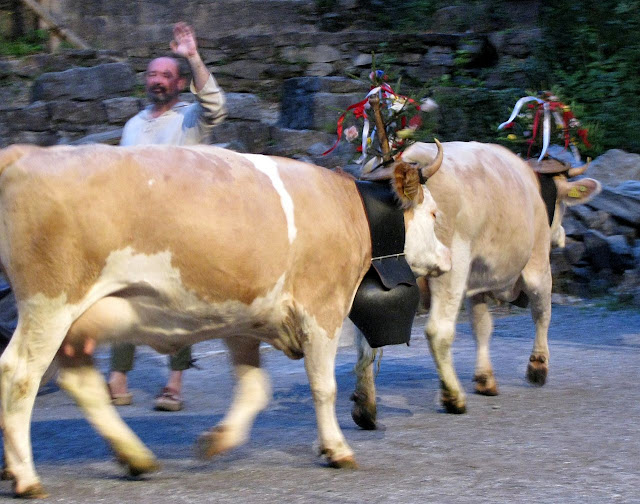 So as you can see, I have new Swiss Cow friends that are very famous actors!!  They are wearing the very large traditional Swiss Cow Bells from times past. 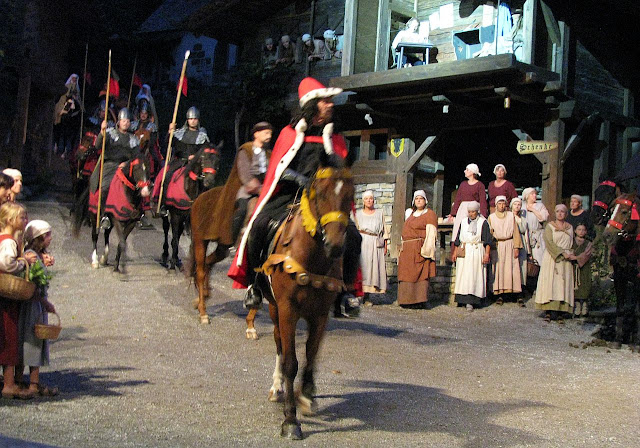 Then came some Swiss Horses, also very famous as actors in this play! 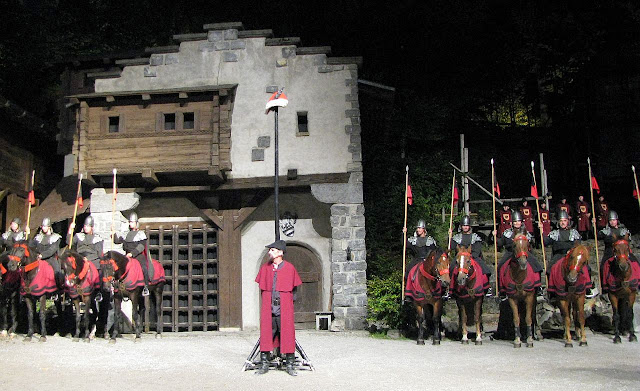 My Swiss Horse friends knew all their "lines" really well, as you can see!
Very exciting, mom!  I know I am a famous JellyBean, but now I also know some famous Swiss Cows and Swiss Horses!
Final installment of the Swiss Big World Assignment is coming next, so stay tuned!

Before you go, please stop by JB's SMALL WORLD too, thanks!
Posted by JB's Big and Small Worlds at 10:04 AM

THose bells on the cows look heavy! Mom winders how the can get their heads down to reach the grass!

I was thinking on a similar line as Angel and Kirby. The bells on the cows look really huge! I hope your famous Swiss Cows are not bothered by the big bells. It does look like your new Swiss Cow friends are really good actors... or is that actresses?

JB, you are really very smart to know about the play. I am sorry that your final installment is coming up soon and then that will be the end, for now, until the next BW report. We have really enjoyed your BW photos of Switzerland.

Haha! JB you are getting as clever as Pippa with his pharma posts :D