So here I come with the last installment of mom's Big World Assignment to the In-Sync Exotics Wildlife Rescue Center in Wylie, TX. 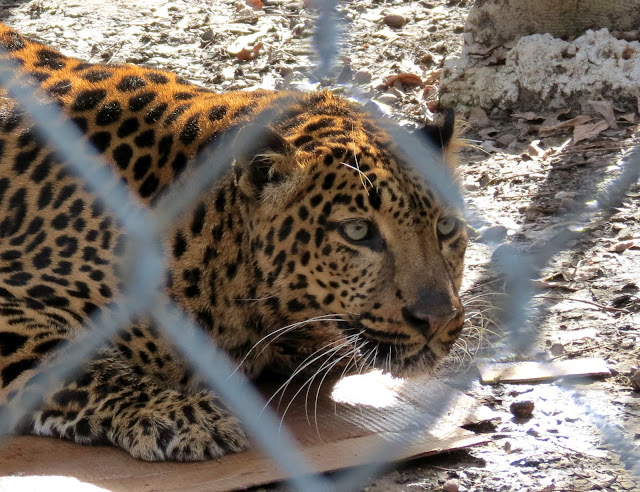 Look at this amazing Big Cat!  This is a Leopard, and I believe his name is Jett.  He was rescued from a facility in Houston.
What a beautiful cat! 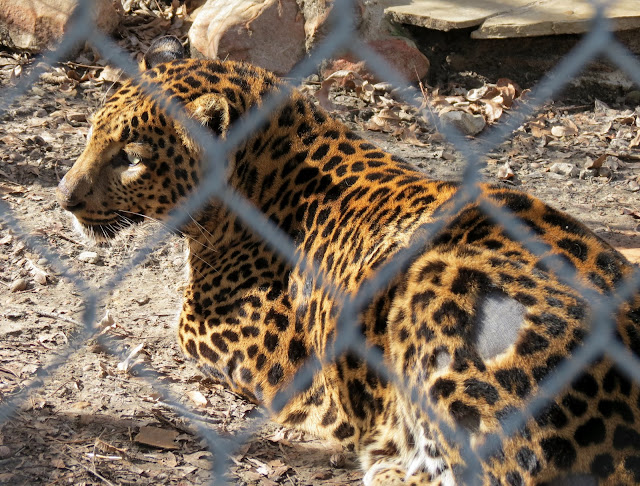 I am not sure why he is missing some fur.  Maybe from his previous rough life. 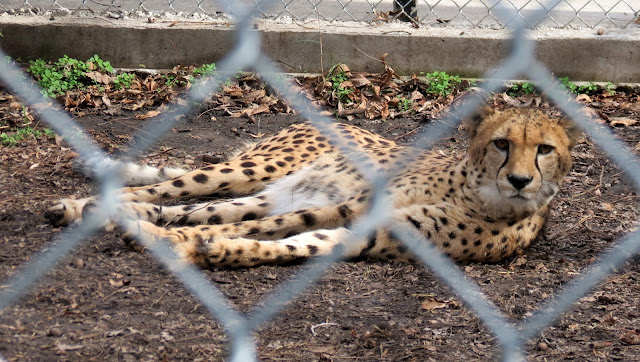 This is a resident Cheetah, named Kodi. Mom's notes did not say anything about his story.  He seemed to walk with a little limp.  He must be in a better place now than before he was rescued. 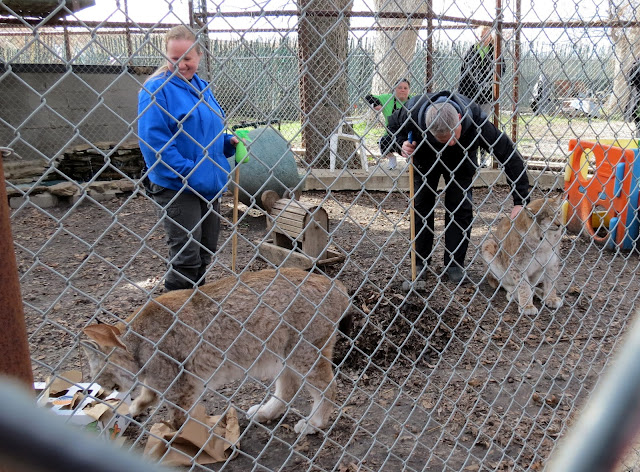 Duchess and Trooper are cagemates, and they are Siberian Lynx.  Duchess lived in a house like a domestic house cat for 8 years, till her owner was forced to give her up.
Trooper was rescued from a bad situation with a badly broken leg and one eye missing.
Wow, they both like to be petted by humans, just like I do! 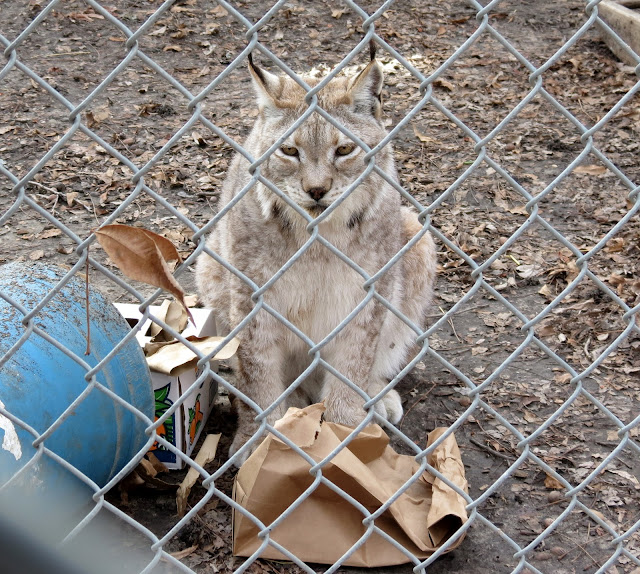 Here is an interesting fact.
These Lynx seem to like bags and boxes, the same as I do! 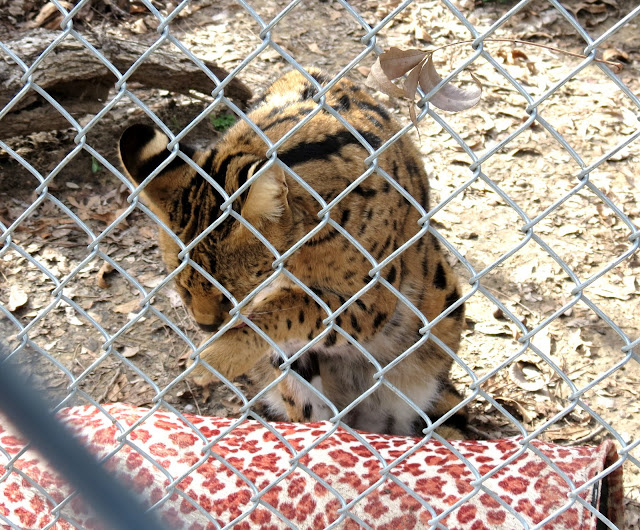 Last but not least, mom observed a couple of African Servals, and this one is named Jasi.  Jasi was given up by his owner who could no longer care for him.
Did you know that Servals wash their faces, just like I do?  And take a look at the crinkle tunnel in this picture!  Servals like to run through a tunnel playing, just like I do!

I like all my new Big Cat friends.
If I do say so myself, I think Big Cats are a lot like Little Cats, like me!
Before you go, please stop by JB's SMALL WORLD too, thanks!
Posted by JB's Big and Small Worlds at 9:17 AM

All of your big cat friends are beautiful animals and I am very glad that they were rescued.

You r big cat friends are a lot like us little cats. They are beautiful, like us, too!

All the Big Cats are beautiful. Mom especially likes the leopard's coat! She wishes she could have a lynx running around our house but knows that is not reasonable. Cool the lynxes can be petted! We really enjoyed your Big World report about the Big Cats and were pleasantly surprised there was a 3rd installment!

Hey JB, I just noticed you linked each cat's name to their web page. The cats have seemed to adapt well. Interesting many of the cats lived in houses, just like you and I do.

p.s. I just found the page that shows all the residents at InSync. There are sure a lot. Must have been very interesting for your Mom to visit.